What type of leader are you – Emotionally Intelligent or a Dark Triad? 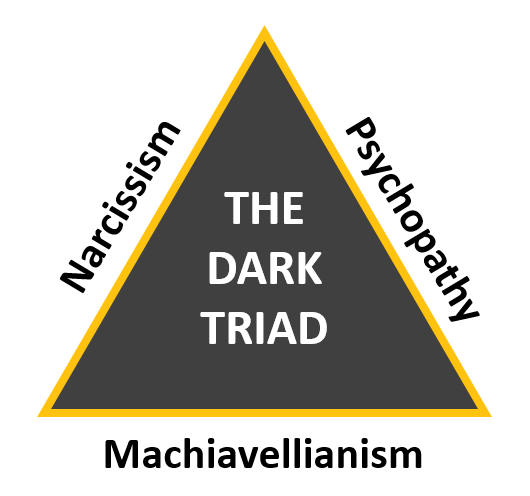 Emotional intelligence (“EQ”) in the workspace is a leadership topic and conversation that become particularly hot in recent years but which some technology leaders struggle with.

But what exactly is emotional intelligence and why does it come so high up the list of key attributes for effective technology leaders?

Most people will tell you it’s the ability to ‘step into the other person’s shoes’ and to show empathy for their situation. That’s partially true. Empathy is one of the core skills embedded in the EQ skillset. However, it is not the only one.

Daniel Goleman, one of the most dedicated writers around the concept of emotional intelligence, defines it as:

To distill this down into four key dimensions;

When you consider these four attributes one can easily understand the importance of emotional intelligence in the workplace, and especially its connection with effective leadership.

EQ leaders are the ones able to proactively anticipate and mitigate against  team burnout, the ones that will voluntarily promote and mentor key people without feeling threatened and who want to help their team reach its maximum potentiality and to flourish inside and outside the organisation.

However… if we were to ask now if an emotionally intelligent leader naturally = better leader and here we define ‘better leader’ in terms of productivity and deliverables?

While an emotionally intelligent leader is clearly better for organisational wellbeing and bonhomie, does it mean they are necessarily more productive and effective as well?

There has been significant research into the subject with conclusions emerging that you might find surprising vs. standard expectations;

I know. It is hard to believe. After all these years of training in positive psychology, team building and happiness in the workspace, research has concluded that a happier employee does not always mean a more productive employee.

Meaning, a person can be emotionally very intelligent and still underperform.

Moreover, it seems that where there’s yin – there’s also yang.

Because on the opposite side of the EQ leaders we have the dark triad of leadership and three traits that are so often acquainted with each other that they create what we call in statistics: a factor (imagine a package deal of traits!).

Welcome to our dark friends …. Narcissism, Psychopathy and Machiavellianism

Narcissism is characterised by grandiosity, pride, egotism, and a lack of empathy.

The narcissist always demotes other people and thinks they are the best.  In contrast to the other dark traits, narcissists most of the time have some emotional intelligence which allows them to manipulate, control and abuse others emotionally towards their benefit.

Also, while the common belief is that narcissists actually have low confidence, don’t bet on that. The difference between a narcissist and a really confident person, is that the narcissist always compares themselves with others, deeply believing they’re better, worth more and deserve it all.

Psychopathy is a gene; therefore, a person can be born with a predisposition for psychopathic behaviours. Depending on the environment of their upbringing, this person might manifest these behaviours clearly or hide them inside socially accepted contexts, for example, aggression during sports.

Machiavellianism is characterised by manipulation and exploitation of others, an absence of morality, unemotional callousness, and a higher level of self-interest.

The term comes from the Italian philosopher Machiavelli who wrote the book ‘The Prince’ and whose motto was the famous quote: the end justifies the means.

While Machiavellianism resembles psychopathy, it’s not genetically inherited, but a matter of choice and mindset.

This means that while the person could be different, they actively choose to be Machiavellian.

It is very intriguing to try and change someone like this when you meet them, since these people are often highly seductive; my advice however is, don’t. If someone actively chooses to be a Machiavellian, that’s not a sign that you can help them, that’s a sign to run like the wind!

The dark triad leaders are most of the time highly productive, results–orientated and very career- focused. They thrive in competitive fast environments, especially when there are objective job evaluation criteria. Their management style can be pacesetting at the best, commanding at the worst.

And now, time for the big question:

Assuming that your leadership character is still forming, what would you choose?

To be an empathetic leader with democratic management style or a dark triad leader who is certainly effective and is climbing fast the career ladder?

The truth is that both types of leaders can thrive or fail. We have seen both.

But if your focus is about generating healthy, long-term relationships, based on respect and appreciation, then there is only one option.

That means that while your employees could be miserable and still meet all the expectations, if you want to keep them in the long run, if you want them to show up for work every day and be passionate to achieve all company goals…. They need to be happy as well.

Therefore, even if despite all the pressure you put them under someone in the team still manages to achieve an impact, then at one point either this person will suffer from burn–out or walk out.

Unfortunately, we live in a political and cultural environment where aggressive leadership qualities are sometimes able to prosper, but it’s generally only in short bursts because in the end you have to bring people with you.  Enabling  work–life balance and a healthy corporate culture is not a theory anymore, it’s what we all need and the more the years pass, the less tolerance we’ll be showing towards abusive behaviours, no matter how much talent exists to counterbalance them… so choose your character wisely.

How to avoid burnout in your tech team (and in you)

Active Listening When Managing A Team

Tech Leaders and the tussle of Hard Skills vs Soft Skills