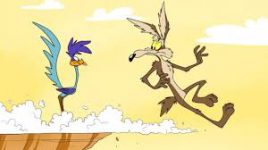 Jump Off That Cliff, Then Start Assembling The Plane

If you’re new to the start up world or indeed, the wider world of entrepreneurship, then you can do worse than listen to the podcast ‘Master of Scale’.

Hosted by Linkedin founder Reid Hoffman, it’s a slickly produced insiders view of what it takes to make it big, from someone who knows and who continues to invest in multiple early stage companies.

One of Reid’s great metaphors for the attitude required of successful entrepreneurs, is that launching a start up is a bit like “jumping off a cliff and only then, starting to assemble the plane”. You might have a big idea, you’ve seen a market opportunity but the difference between those who sit on ideas and those who go for it, is that the latter are prepared to jump, with little or no idea what’s going to happen when they hit mid air.  Like a coyote cartoon, where you race across the cliff edge, then start pedalling hard.

Because launching and making a success your start up or business in general, requires many things not least and probably most importantly, grit and tenacity.  Throw in a little luck and a lot of good timing and you have the standard ingredients required but, if the going gets super tough (and it will) and, you happen to have parachute handy then you’re likely to grab for it.  No parachute, and it’s amazing how inventive you can become.

One of the major issues for anyone aspiring to board level management or indeed, creating and launching a company themselves is a fundamental change of mindset from being part of a company, to being the driver of that company.  It’s about shifting from re-active, to pro-active.   If you’re working for a forward thinking company then hopefully, you’re already part of the decision making process, wherever you are in that organisation but, more than likely whilst climbing the ladder you’ll be dealing with strategy coming down from above.  Reach that top table and suddenly it’s you setting the agenda, driving the strategy, convincing the outside world, taking responsibility.  It’s super exciting, potentially rewarding but, it requires a certain skill set and nerve, that not everyone has.

Can it be learnt?  Absolutely on one level in terms of the fundamentals you need to understand but ultimately, whilst everyone approaches the world of start ups and fast growth companies with their own unique perspective, the one unified characteristic for most, is sheer bloody minded grit and determination.  To look for the opportunity, to build the product, to remove the doubts and naysayers, to negotiate the obstacles, to lead the team.

But let me tell you, there is no greater motivation in the morning, than looking down and realising your plane building skills need more work.